Right now I’m working on a piece in response to an editorial that the Collegian published last week about how religion shouldn’t be our basis for morality, and it’s been slowly turning my brain into just one giant smoothy of oozing grey matter. It turns out that trying to explain the most dense, complicated, sacred book ever written in less than 1000 words is a rather taxing effort, and one that I don’t feel fully equipped to take on the burden of. But religion is the only big, important topic that I personally care about, and I want to prove to the people here that I have opinions and thoughts on things that are actually valuable and substantial, and not just whether or not La La Land should have won the Oscar. Plus, I don’t know. I feel like I have to say something. I mean, that’s what we’re called to do as Christians, right? Use our gifts to communicate what we think is true? So if I can write, and if I feel like I have something to say on this topic, I may as well go for it, right? To hold back wouldn’t do me any good, even if I can’t completely, perfectly encapsulate what it is I’m trying to say in words.

Anyway, all that to say, the other day I felt like I needed a break from the constant agony of trying to reduce the great cosmological question of our existence into one concise, palatable 8 inch column, so I made this cartoon to submit to the Collegian. And I sent it in. And then I grew impatient and decided to just post it here. I don’t know whether they’ll still allow me to publish it in the paper if I’ve written it here, but oh well. Who knows if anyone will find it here anyway.

So here it is: 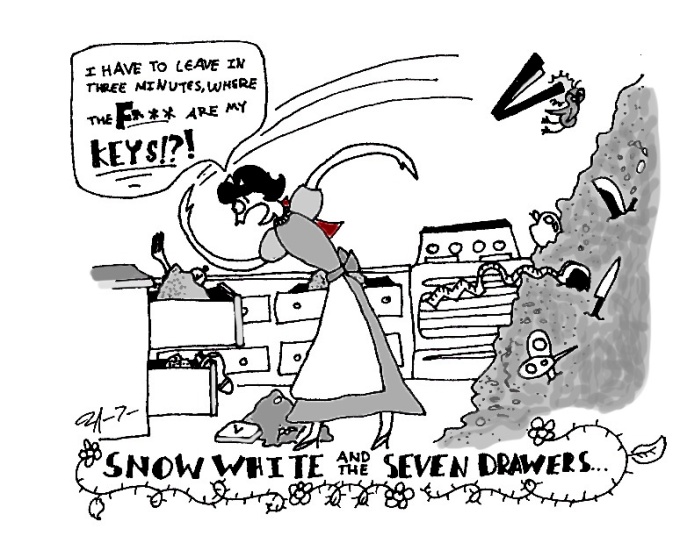