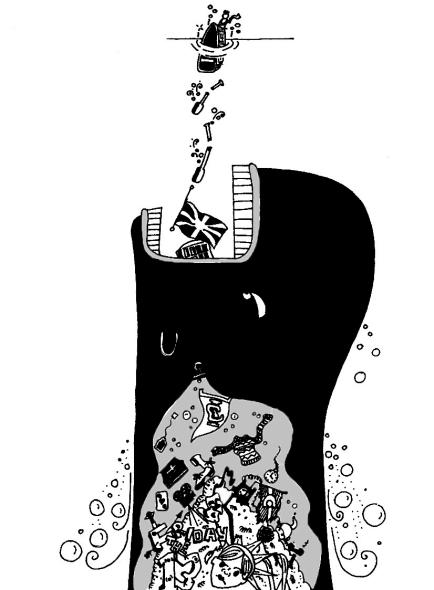 When Scotty was five, he discovered he had a knack for lying straight to people’s faces after he successfully duped his parents into keeping him home from school by faking an ear infection. The discovery of this talent naturally led him to pursue theatre as a hobby, which introduced him to the equally deceitful (excuse me, imaginative) fields of writing, drawing, and singing– (although he abandoned his passion for singing after he shattered a window while trying to hit the high note at the end of “Defying Gravity”)

Scotty’s work has been featured everywhere from McSweeney’s to The New Yorker in his dreams, and everywhere from his facebook page to his super secret diary in waking life. His one act play Thirteen, which he co-wrote with friend and classmate Kendyl Meyer, was produced at the Denver Center for the Performing Arts in 2016, and his short play Let’s Go to Mexico was featured in the 2018 Mad Lab Theatre Roulette Playwriting Festival in Columbus Ohio.

He studied screenwriting at Ithaca College for two years, where he worked as a writer on the satirical news program That Other News Show, as well as a host on the cooking show Sautéed. He currently studies theatre at Colorado State University in Fort Collins, where he works drawing cartoons and writing deliciously nasty film reviews for The Rocky Mountain Collegian.

In his free time, Scotty enjoys sitting alone in dark corners reciting to himself his deepest, most secretive thoughts. He’s also fond of baking, and his pretzels are to die for.

Scotty’s pet peeves include pretentious pricks who speak about themselves in the third person, hypocrisy, and irony. Also his goldfish Peeve.

Scotty doesn’t actually own a goldfish, nor has he ever broken a window with his singing. Like I said, Scotty’s good at lying. (But wouldn’t those make great stories?)

His dream is to one day die and be reincarnated as the heir to Jeff Bezos’s fortune.